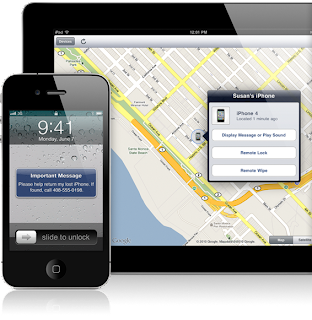 Originally, my blog post was going to be exclusively about the phenomenal Alexander McQueen Savage Beauty exhibition at the Metropolitan Museum of Art, which is life altering as I told many friends and people who asked -- even my yoga instructor because I was wearing my Savage Beauty t-shirt in class. Mind you it was not life altering because of the two-hour wait to get in.  I found it amusing actually that there was a brochure that helped you landmark art on your way to the entrance--including the staggeringly gorgeous Joan of Arc and an equally stunning painting of Salome both made more beautiful as you realize you are almost in! Gothic, sexy and intelligent is all I can say about the McQueen exhibition.  It is almost over so you HAVE to go!

I then also saw the new Talk to Me Exhibition at the Museum of Modern Art. MoMA's innovative and cutting edge created an exhibition that is enhanced by using your mobile device...which was where I got really distracted, fiddling with my iTouch and looking at pieces like this one by the Japanese artist Sputniko.
After leaving MoMA, I headed downtown to two of my favorite natural food stores, Integral Yoga Apothecary and Integral Natural Yoga Foods. I was scooping up wakame and poring over natural and raw chocolate when I realized I did not have my iTouch with me. Now I am not the owner of a cell phone, so it's the iTouch I touch the first thing when I get up in the morning. I satellited the store because, as the deep sense of loss filled me that my iTouch was not with me. Blindness comparable to that described in Black Sabbath's Snow Blind came over me as I retraced my steps over and over.  I just could not believe that my beloved mobile device was separated from me. I became lachrymose...then a bit of clarity. I asked a clerk in the store if I could please use a computer in the store to utilize Find My IPhone. The clerk smiled at me and said it's up front.

Reunion.  My iTouch was there and I felt clarity reenter my existence.

I had not left the store because I so believed it would turn up.  I returned over and over to the wakame, where I thought I had dropped the iTouch so I knew it was in the store somewhere. When I had interacted with it in the Talk to Me exhibition, it was not fathomable to me that it would not be with me.

I am very attached to my iTouch.  I know, but that is the world that we live in and I embrace it. Especially since I found it! And additonally it enhanced my view of basic humanity. Someone saw it and returned it, which is beautiful and I am so appreciative...it is why I have never been a jaded New Yorker. I believed especially in the good of people in a natural foods store next to a yoga studio!
Om.
Posted by F. Solomon at 1:09 AM