TO ALL THE VAMPYRES I’VE LOVED BEFORE

In honor of the movie release of “Eclipse,” the latest installment of the TWILIGHT series, I am releasing a list of my favorite Hollywood vampyres, including those that frighten me and those that I’d gladly stick my neck out for – pun intended. 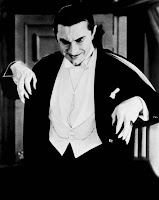 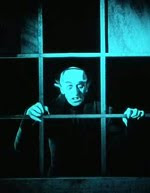 We’ll start with Mr. Evil Incarnate – Nosferatu. That is a face no one could love and makes one run, not walk, to the nearest church.
Bela Lugosi gave vampyres class and sophistication, and the man could certainly work a cape.
But the man who can suck my blood ANYtime, ANYwhere, is none other than Dracula, aka Frank Langella. He made vampyres sexy. 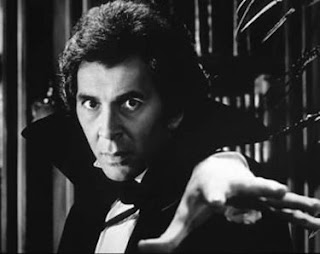 It’s the eyes. The eyes – the windows to the soul – and this Dracula’s eyes say, “Come here. Don’t be afraid. I want to share love’s last kiss with you.” And because of those eyes, not only did Lucy and Mina succumb, but so did I and millions of women around the world.
In case you didn’t know, Frank Langella played Dracula on Broadway and on the big screen. To this day, his is “the” reigning vampyre on Broadway. And, not even Phantom’s award-winning Michael Crawford could knock him off his throne. Crawford’s “Dracula: The Musical” closed weeks after its debut.
Back to my list of sexy vampyres. 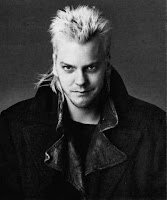 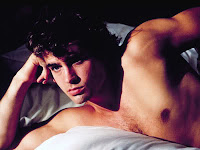 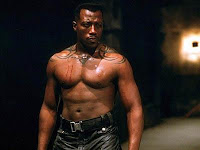 Wesley Snipes brought color and martial arts to the world of vampyres. The fight between good and evil vampyres is on, and Wesley cuts right through to the heart of the matter. 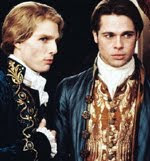 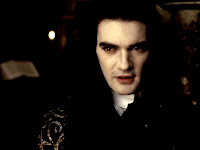 The triple threat of Tom Cruise, Brad Pitt and Antonio Banderas in Anne Rice’s “An Interview with a Vampire” rocked the vampyre community. These vamps don’t hide. Hell, they have a stage show and flaunt their vampirism for all and sundry. 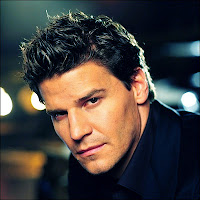 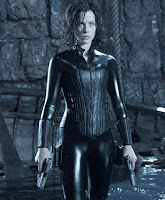 David Boreanaz as Angel in the TV series, Buffy the Vampire Slayer is another hottie. Unfortunately, he turns good and there went the sex-appeal. I make no excuses. I like my vampyres hot, sexy and dangerous. The new-and-improved Angel drops from the list.
Kate Beckinsale's Selene makes the list. I’m not into women; I just wish I looked that good in leather. She is not the first female vampyre but she certainly can claim the title of Warrior Queen Vamp.
Hugh Jackman makes my sexy vampyre list. No, he’s not a Vampyre, but he is a Vampyre slayer. He’s just too sexy to leave off. 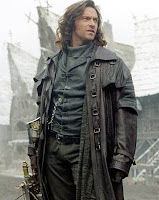 Now there is a new Prince of Darkness--Edward Cullen. 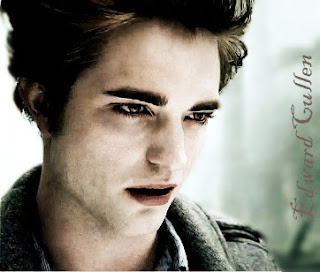 And though Bella and I are not getting any younger, Edward remains young and vibrant. I get a little frustrated with his “woe is me” spiel, but let’s face it, he’s a teenager. He will always be a teenager. Bella better be converted ASAP before she matures any further and outgrows him.

As for me, I’m waiting for Frank Langella’s Dracula resurrection. It’s the eyes, the window to his soul (Note to Edward: Yes, vampyres have souls; being damned is something else all together.) 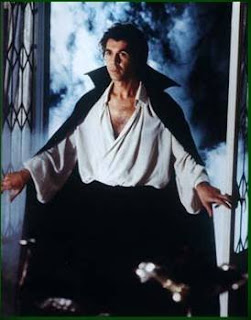 Back to Frank’s – to Dracula’s – eyes. It’s the eyes that seduce you, that tell you that you are the one, that only your blood will give him life. Only you. He will starve without you.

And so I give in. I am his slave, his lover. His fangs are sharp against my lips, my neck. I can feel my blood rush towards his kiss. I can feel his arms getting stronger as he tightens his embrace, and all I can think to say is, Bite me, baby, one more time!

Who is your favorite vampyre? Which one would you gladly succumb to? Do tell.♥


Maria Ferrer loves watching vampyre movies.  She likes her vampyres mature, sexy and a lot dangerous. Forget the bad boys; give her a dangerous man any day or night.   Maria also loves to read vampyre books. Some of her favorite vampyre authors are Caridad Pineiro, J.R. Ward, Maggie Shayne and Lara Adair.