IF SHAKESPEARE KNEW THEN WHAT WE KNOW NOW - SCIENCE & WRITING ROMANCE 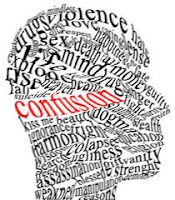 Have you ever found yourself reading a romance and experienced one or more of the following: Teariness? Knots in your stomach? Smiling? Arousal? Heartbreak? It could be that the author of that novel was just THAT GOOD. Or it could be partly because of the physical experience of being a reader. It may seem odd, but science and fiction go hand in hand and romance fiction, in particular, in understanding the way people read; which can in turn guide us in how we write.

In Shakespeare’s day science was ruled in large part by superstition. Yet even without a Sigmund Freud to parse the human psyche, he wrote complex characters and timeless stories that continue to be beloved the world over. But what would he have created if he’d had access to the information we have today? Information provided by constantly advancing technology which has uncovered wondrous information about people, the human sexual and romantic experience, and how readers read?

How much time do you devote to the study of human physiology, neurobiology, psychology and sociology when you craft your stories? It is not as far-fetched a question as it sounds. We research sex and relationships, certainly, to ensure honest portrayals of what we write: love. But there is so much more to be discovered; discoveries that can add richness and astute detail and at the same time, be created to be read with the greatest impact.

How much thought do you give to the experience of a reader’s reading of your novel when writing? Not just the craft questions like plot, pacing, grammar and myriad other details: Do you think of how readers read? How the physical act of viewing words becomes recognition and how they engage, and are translated in, a reader’s mind?

In past workshops I’ve discussed the fact that the average reader “hears” the words she is reading, and how that knowledge can help author craft successful passages by choosing and arranging words to maximum effect. In another workshop on the five senses, I pointed out the difference in the way scent is interpreted by our brains from touch, sound and sight; scent is translated in a combination of brain activity, one linking the sensory experience with memory and feelings, making scent an exceptionally powerful sensory detail to use. I am purely fascinated by this kind of revelatory reading, not just for the science but for how I can apply this information to my writing. 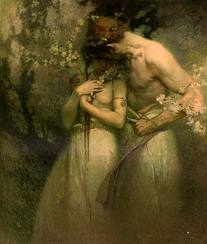 In Paul’s article, fascinating details are revealed. For example, the choice of descriptive words being read alters the neurological response in a reader. Words that invoke touch sensations “rouse the sensory cortex”. So a choice such as “the singer had a velvet voice” evokes a more potent response than does “the singer had a pleasing voice”. Further, words like lavender and cinnamon and other scent descriptors elicit a response not just from the expected areas where language is processed, but other areas devoted to scent interpretation. Additionally, words describing motion “stimulate regions of the brain distinct from language-processing areas”, leading to revelations that these words incite activity in the motor cortex – the area of the brain involved with movement. Final observations indicate that the brain “does not make much of a distinction between reading about an experience and encountering it in real life”.

In addition to the physical, there are the social implications. One psychologist uncovered that “there was substantial overlap in the brain networks used to understand stories and the networks used to navigate interactions with other individuals”, and as readers we “identify with characters’ longings and frustrations, guess at their hidden motives and track their encounters with friends and enemies, neighbors and lovers”.

Other scientists have shown that readers learn from their reading and, particularly in social situations, put this learned experience into play in real life (the “theory of mind”). Contrary to the British doctor who was certain that reading romance would make women have unreal expectations, could it be romance novels actually lead to healthier and more successful loving relationships?

Beyond the understanding of a reader’s physical perception, there is also the psychology and sociology of love, sex, romance and human relationships to explore.

Esquire magazine’s April sex survey issue revealed some startling (to me, at least) results: Men actually prefer smaller (albeit “perky”) breasts to more bountiful bosoms. And the preferred sexual position with 30% of the vote is cowgirl (or woman on top) which beat out the old standard missionary position by 2% points. The author’s own informal survey showed that 8 out of 10 men prefer giving oral sex to receiving it. Another source’s study showed that the first thing a man notices about a woman is a gorgeous head of hair (legs, lips, face and body lag behind). And yet another study showed men react most strongly to women in red.

A past NY Times article discussed studies which provided new information about men, women and physical attraction; information that challenged commonly held thoughts about attraction and desire. Science continues to uncover challenges to long-held beliefs in numerous areas, which shed light not just on human physiology, but on the human experience itself – and how the two are interconnected.

In Ackerman’s article she delves into the new field of “interpersonal neurobiology”, in which studies have shown that people are actually neurologically changed in the course of relationships. Lovers bond in a fashion similar to the bonding of mother and child, and literal physical changes occur in the brain. Science, too, has actually explained the “whys” of the feelings following break-ups that our heart is “breaking”, or you can feel physically ill. Just as a disastrous romance can do that, being in a happy relationship changes the partners’ stress levels, fear reactions and actual physical perceptions. Women in happy relationships were given shocks to the ankles while alone, and their physical reactions gauged. They were then put together with their partner, holding hands and this time the shocks produced much reduced pain responses in the women. In another study, partners viewing a picture of a loved one experienced a “lighting up” of the reward centers in their brains. Ackerman concludes that “Loving relationships alter the brain the most significantly”.

Articles and books on these subjects can prove wonderfully enlightening for a writer who seeks to imbue her human characters with as much complex subtlety as possible, while engaging her readers on every level, from the conscious to the subconscious. So the next time you spy an article on science – don’t automatically pass it by. You never know what you’ll learn!

Can you imagine what amazing use Bill S. would have made with this knowledge?♥


Lise Horton is currently writing in her two favorite genres, and keeping abreast of the fascinating changes in the world of publishing. Find out more about the industry on her blog, The Publishing Game, http://publishinggame.blogspot.com.  Lise also blogs at www.4horsewomen.blogspot.com.
Posted by Native NYer at 5:27 AM