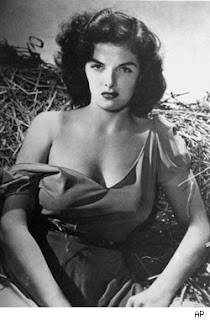 She may have been regarded as Marilyn Monroe's other half in "Gentlemen Prefer Blondes,"  but Jane Russell was a sultry, sensual, full-figured goddess in her own right.

Jane was discovered by Howard Hughes and starred in his movie, "Outlaw."  From there, Hollywood was her playground.  Jane played opposite many handsome leading men.  Unfortunately, at 30, she retired as she felt that the best roles were only going to young actresses. No matter. Jane was not forgotten, and she continues to be the embodiment of sexy. 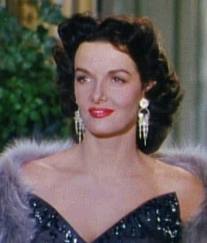 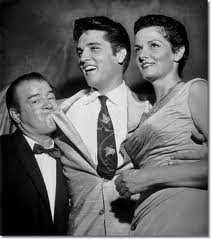 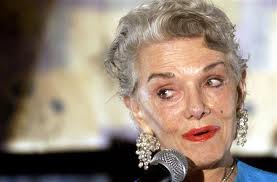